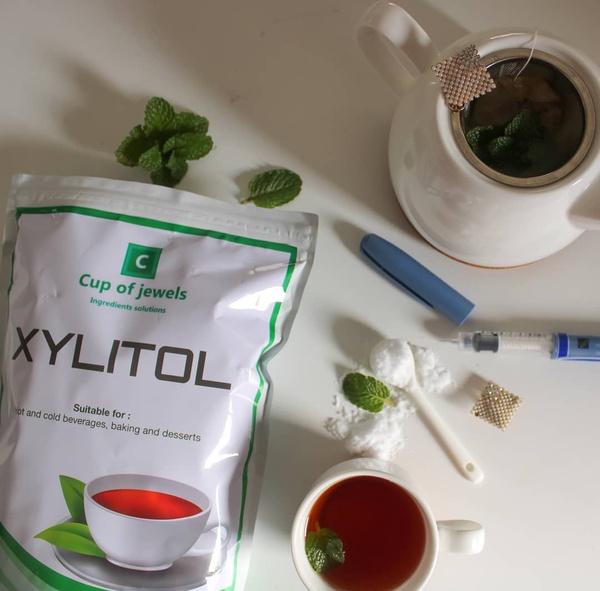 With more and more people looking to find healthier alternatives to sugar, a name that is fast garnering popularity with the general public is xylitol. It is hardly breaking news that sugar is linked to a myriad of health complications. So there is no debate about validity of the urgency to switch to less detrimental sweeteners.
There is however a wide array of options already in the market when it comes to zero and low calorie sweeteners which can make the task of choosing what is most appropriate a rather daunting one. A number of these have grabbed the spotlight for not so savory reasons, having been deemed to contribute to health adversities of their own which does very little to help matters.
Being more informed  regarding the sugar alternatives that you are likely to stumble upon, is very imperative in navigating your way on what is most suitable for you and better yet what is most suitable for prolonged and consistent consumption.
For the purpose of this article we will delve into the pro and cons of xylitol.

What is it?
The discovery of xylitol was made 1890, but was not manufactured in its pure form that is available today, until the 1930’s. You most likely have encountered it as code; E967 as one of the ingredients in food or beverage packages.  It became a widely used sweetener during the First World War when some countries experienced sugar shortages.    Xylitol is classified as a polyol or a sugar alcohol. Polyols are small chain- carbohydrates that occur naturally in certain fruits and vegetables. Many of them are used extensively as additives in most packaged foods, toothpastes, and some pharmaceutical products. Xylitol is similar to sugar in terms of sweetness but has 40% less calories. It has the same amount of carbohydrates to sugar but since it has a very low glycemic index(GI) ranging from 7-13, it is not broken down and metabolized well in the system resulting in very minimal effects on blood sugar levels.

Benefits of using xylitol
Consistent use of xylitol is accompanied by a number of benefits outside of just sweetening or flavour enhancing. These include:

1. DENTAL HEALTH
There is a lot of documented research to support that consistent use of xylitol helps in preventing tooth decay. Xylitol does not only prevent the growth of bacteria consistent with tooth decay but also help to mineralize teeth that have already begun to decay.

2. EAR INFECTIONS
There have been numerous studies that support decrease in ear infections with the use of xylitol. Scientists attribute this to the antibacterial properties of xylitol.

3. YEAST AND BACTERIA IN THE GUT
Xylitol is a prebiotic, meaning, it encourages good gut flora (helpful microorganisms that live in the digestive tract). While sugar on the other hand, improves the growth of unhealthy bacteria and yeast in the gut. Therefore xylitol is a wonderful sweetening option for anyone suffering from chronic yeast infection such as Candida.

4. BLOOD GLUCOSE AND INSULIN
Due to the low glycemic index of xylitol, it is absorbed more slowly than sugar and is in fact not broken down in our system completely. As a result it does not cause a rapid spike in blood glucose. Xylitol is a great option for diabetics as it has little effect on glucose and none on insulin.

The downside
Even though there are no known serious side effects on humans it is important to note to some individuals xylitol tends to induce laxative effects. Gradual introduction of xylitol to the diet is recommended in order to improve one’s tolerance to it.  But even more important to note is the extremely toxic effect it has on dogs. So one should always take extreme precaution to keep xylitol away from where your pet could potentially come into contact with it.

Since xylitol prevents yeast and bacteria from proliferating, using xylitol is not recommended on yeast based bread. Xylitol will also not brown or caramelise baked goods as sugar would.

In conclusion
Even though there are some drawbacks to xylitol, it is daylight clear that the good far outweigh the bad with the use of xylitol. This is the case in comparison to sugar which is, in not so many words a monumental health detriment. On top of this, xylitol has added advantages outside providing a low calorie alternative to sugar, making it an excellent option for anyone looking to avert the effects of sugar but still can’t resist a bit of sweetness.

Sign up and you will be the first to know the latest news, insider-only info, and more.